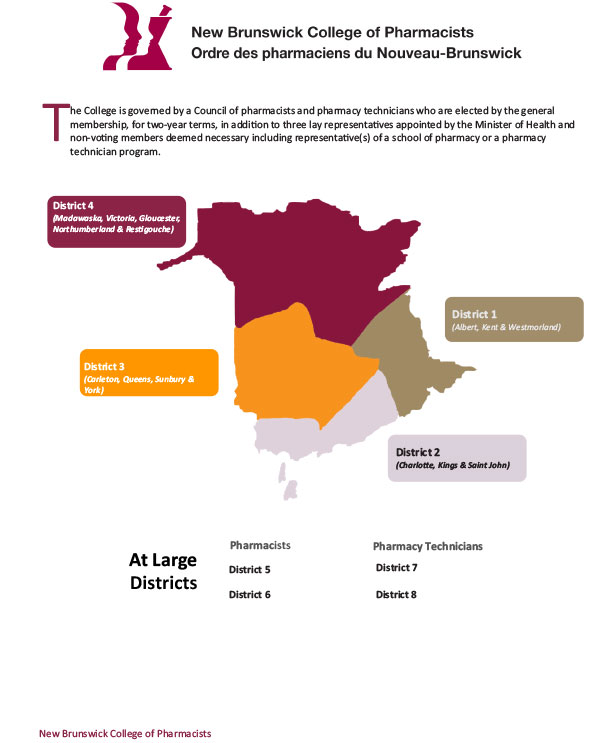 Role of a Councillor

Council’s primary role is to ensure that the interests of the public are protected and maintained.

Council is the oversight and policy-making group for the College. The College’s administrative staff are responsible for carrying out these policies and administering the Pharmacy Act and Regulations.

Council establishes committees required by the New Brunswick Pharmacy Act, 2014 and may also appoint standing and special committees. The following are the committees of the College:

Pharmacy Examining Board of Canada

Interested in participating in one of the committees? Let us know! [LINK]

The majority of positions on our committees are filled by pharmacists and pharmacy technicians, and many committees also require representation from the public (i.e., Lay Representatives).